Reading Excerpt: Lewis Mumford, The Myth of the Machine

(My apologizes for hastily posting this a few days ago, I have only now gone through and proof-read it and corrected a few minor errors, again this is the ONLY complete first chapter of Mumford's work, let alone any chapter, on the internet at present and I had to manually reproduce it, word for word. The only issue I have with the work is that the true historical origins and actual technical prowess of pre-dyanstic Egypt is up for re-evaluation in light of the discovery of the Piri Reis map (among a few other pre-industrial maps depicting an ice free Antarctica) and the cogent formulation of an unorthodox theory by Graham Hancock which is summarized in an earlier blog post here) I really enjoyed reading this chapter a second time through and the chapters that follow are equally stimulating, I highly recommend "The Myth of the Machine" by Lewis Mumford. Enjoy.)

The mischances that followed man's quitting mere animalhood were many but the rewards were great. Man's proneness to mix his fantasies and projections, his desires and designs, his abstractions and his ideologies, with the commonplaces of his daily experience were, we can now see, an important source of his immense creativity. There is no clean dividing line between the irrational and the super-rational; and the handling of these ambivalent gifts has always been a major human problem. One of the reasons that the current utilitarian interpretations of technics and science has been so shallow is that they ignore the fact that this aspect of human culture has been as open to both transcendental aspirations and demonic compulsions as any other part of man's existence--and has never been so open and so vulnerable as today.

The irrational factors that have sometimes constructively prompted, yet too often distorted, man's further development became plain at the moment when the formative elements in paleolithic and neolithic cultures united in the great cultural implosion that took place around the Fourth Millennium B.C.: what is usually called 'the rise of civilization.' The remarkable fact about this transformation technically is that it was the result, not of mechanical inventions, but of a radically new type of social organization: a product of myth, magic, religion, and the nascent science of astronomy. This implosion of sacred political powers and technological facilities cannot be accounted for by any inventory of the tools, the simple machines, and the technical processes then available. Neither the wheeled wagon, the plow, the potter's wheel, nor the military chariot could of themselves have accomplished the mighty transformations that took place in the great valleys of Egypt, Mesopotamia, and India, and eventually passed, in ripples and waves, to other parts of the planet.

The study of the Pyramid Age. I made in preparation for writing 'The City in History' unexpectedly revealed that a close parallel existed between the first authoritarian civilizations in the Near East and our own, though most of our contemporaries still regard modern technics, not only as the highest point in man's intellectual development, but as an entirely new phenomenon. On the contrary, I found that what economists lately termed the Machine Age or the Power Age, had its origin, not in the so-called Industrial Revolution of the Eighteenth Century, but at the very outset in the organization of an archetypal machine composed of human parts.

Two things must be noted about this new mechanism, because they identify it throughout its historic course down to the present. The first is that the organizers of the machine derived their power and authority from a heavenly source. Cosmic order was the basis of this new human order. The exactitude in measurement, the abstract mechanical system, the compulsive regularity of this 'megamachine', as I shall call it, sprang directly from astronomical observations and scientific calculations. This inflexible, predictable order, incorporated later in the calendar, was transferred to the regimentation of the human components. As against earlier forms of ritualized order, this mechanized order was external to man. By a combination of divine command and ruthless military coercion, a large population was made to endure grinding poverty and forced labor at mind-dulling repetitive tasks in order to insure "Life, Prosperity and Health" for the divine or semi-divine ruler and his entourage.

The second point is that the grave social defects of the human machine were partly offset by its superb achievements in flood control and food production, which laid the ground for an enlarged achievement in every area of human culture: in monumental art, in codified law, in systematically pursued and permanently recorded thought, in the augmentation of all the potentialities of the mind by the assemblage of a varied population, with diverse regional and vocational backgrounds in urban ceremonial centers. Such order, such collective security and abundance, such stimulating cultural mixtures were first achieved in Mesopotamia and Egypt, and later in India, China, Persia and the Andean and Mayan cultures: and they were never surpassed until the megamachine was reconstituted in a new form in our own time. Unfortunately these cultural advances were largely offset by equally great social regressions.

Conceptually the instruments of mechanization five thousand years ago were already detached from other human functions and purposes than the constant increase of order, power, predictability, and above all, control. With this proto-scientific ideology went a corresponding regimentation and degradation of once autonomous human activities: 'mass culture' and 'mass control' made their first appearance. With mordant symbolism, the ultimate products of the megamachine in Egypt were colossal tombs, inhabited by mummified corpses; while later in Assyria, as repeatedly in every other expanding empire, the chief testimony to its technical efficiency was a waste of destroyed villages and cities, and poisoned soils: the prototype of similar 'civilized' atrocities today. As for the great Egyptian pyramids, what are they but the precise static equivalents of our own space rockets? Both devices for securing, at an extravagant cost, a passage to Heaven for the favored few.

These colossal miscarriages of a dehumanized power-centered culture monotonously soil the pages of history from the rape of Sumer to the blasting of Warsaw and Rotterdam, Tokyo and Hiroshima. Sooner or later, this analysis suggests, we must have the courage to ask ourselves: Is this association of inordinate power and productivity with equally inordinate violence and destruction a purely accidental one?

In the working out of this parallel and in the tracing of the archetypal machine through later Western history, I found that many obscure irrational manifestations in our own highly mechanized and supposedly rational culture became strangely clarified. For in both cases, immense gains in valuable knowledge and usable productivity were cancelled out by equally great increases in ostentatious waste, paranoid hostility, insensate destructiveness, hideous random extermination.

This survey will bring the reader to the threshold of the modern world: the sixteenth century in Western Europe. Though some of the implications of such a study cannot be fully worked out until the events of the last four centuries are re-examined and re-appraised, much that is necessary for technics will be already apparent, to a sufficiently perceptive mind, from the earliest chapters on. This widened interpretation of the past is a necessary move toward escaping the dire insufficiencies of current one-generation knowledge. If we do not take the time to review the past we shall not have sufficient insight to understand the present or command the future: for the past never leaves us, and the future is already here.

The Myth of the Machine: Technics and Human Development


The Myth of the Machine: The Pentagon of Power

"It Was All Organized To Happen" (Anonymous)

Vulcan
At this point in time within this life experience I feel as though my waking consciousness resonates between indignation, curiosity and gratitude. As we stand on the precipice of the collapse of Industrial Civilization we have such a spectacular view of the world and beyond, owing to our empirical exploration; yet our curiosity concerning the nature of existence seems to have only been piqued. As we try to rationalize the findings presented from the Quantum Realm we are beginning to realize that we are the Universe becoming aware of itself. This awareness has not come without a cost, our planet is dying and the enslavement and inequality that is everywhere abundant is unbearable. A Socio-economic Conscript, after eight years with the U.S. Army and a stint in Afghanistan, my contribution to the obscene profits of the Military Industrial Complexes shareholders and Status Quo was rewarded with a stay at a luxurious seaside resort. The bunker photo below is where I have slept for over a year now as a homeless college student navigating the beginning stages of civilizational collapse. I am reminded of Shiva, the goddess of Creative Destruction. The night is darkest before dawn 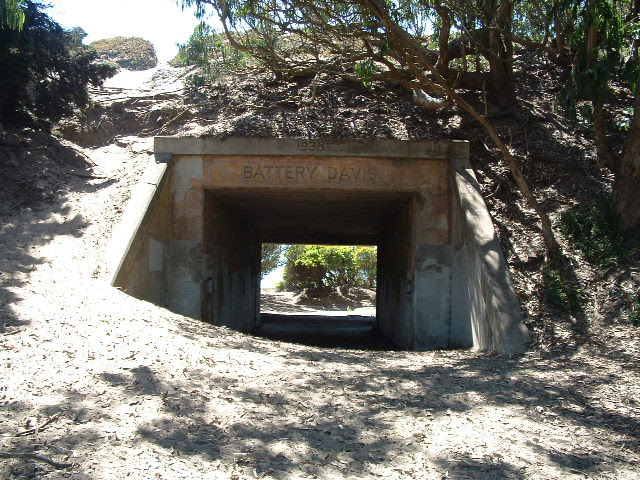